How to Make Halloween Concrete Mummies


It's no secret that we like to work with concrete! It's such a forgiving, creative material. I was doing a little concrete project Pinterest research and came across a concrete garden orb. I really liked the look, but I thought the idea could be adapted to make a creepy mummy decoration for Halloween. Also, I had a huge supply of soft, cotton cording/piping from a yard sale that I thought would be the perfect material to use. 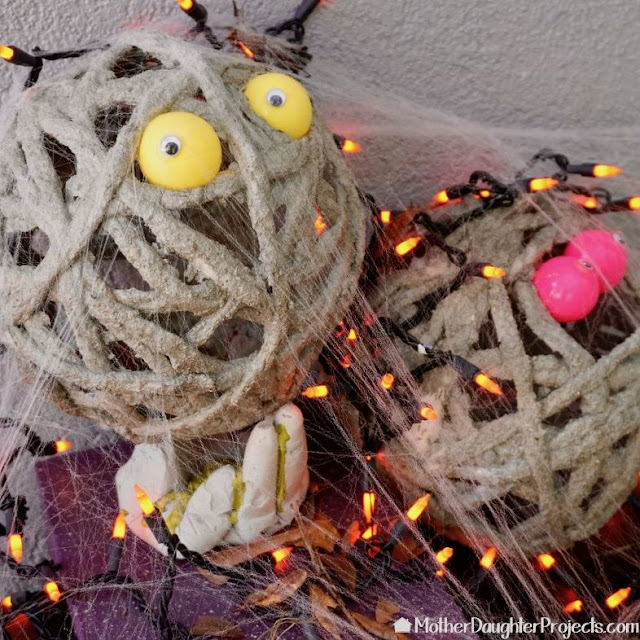 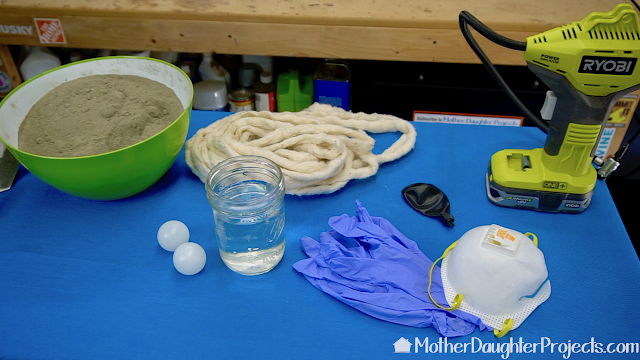 You obviously can blow up your balloon without an inflator but this makes it go really fast. Balloons can be fragile, which we found out making one of our mummies. After one broke while wrapping, we decided to encase the balloon in plastic wrap to give it a little more strength from accidental popping. 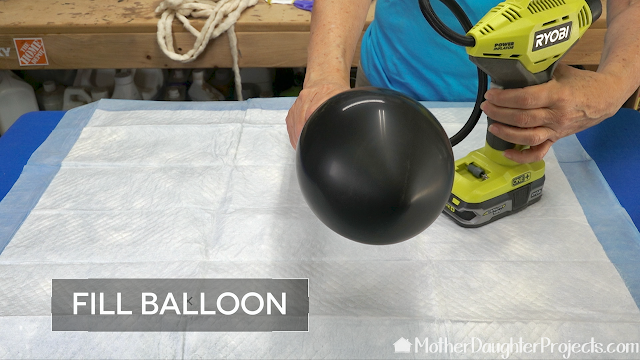 Mix the concrete with water until fairly soupy. Not water thin, but until it mixes easily but still a little thick. Add more water as you work as it will become thicker. 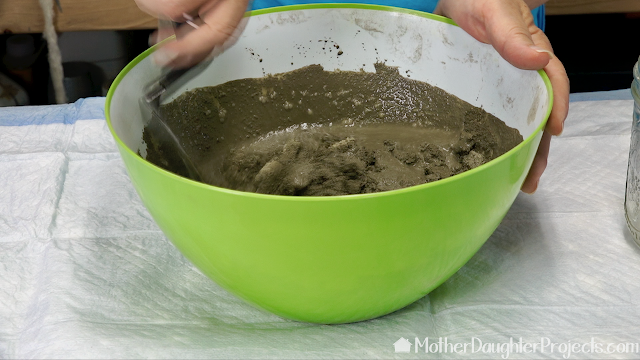 Put the piping into the concrete and let it get saturated with the concrete mix. Don't loose the end into the muddy mixture! Start wrapping and continue until you have the look you want. 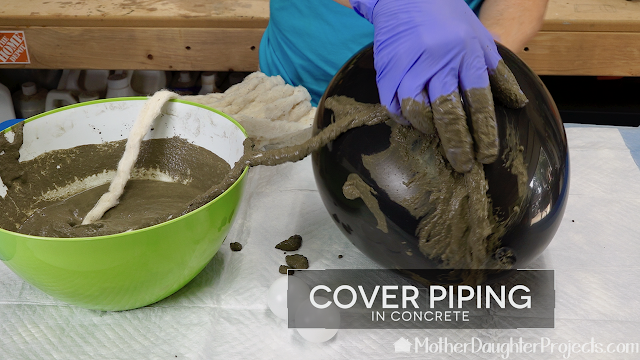 We added ping pong eyes. Leave space for these so they can be put into place after drying. 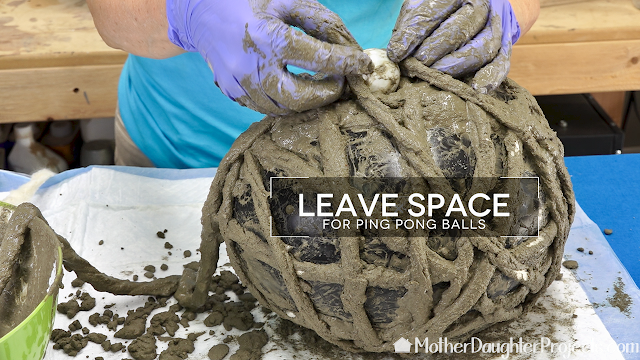 Place the mummy into a small bowl to dry and let cure for at least 24 hours. Pop and remove the balloon after fully dried. 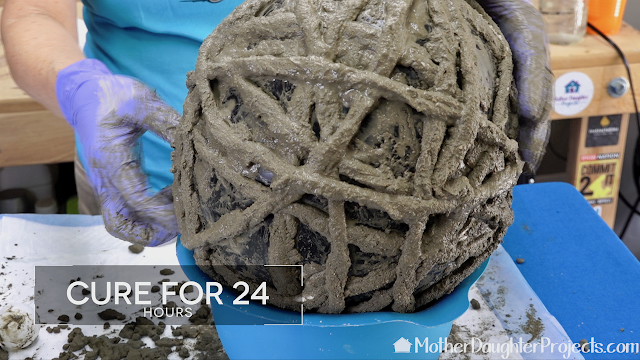 The ping pong balls probably would have stayed in place without glue, but we decided to hot glue them in place to be sure. Paint on circle for eyes or use stick on ones. 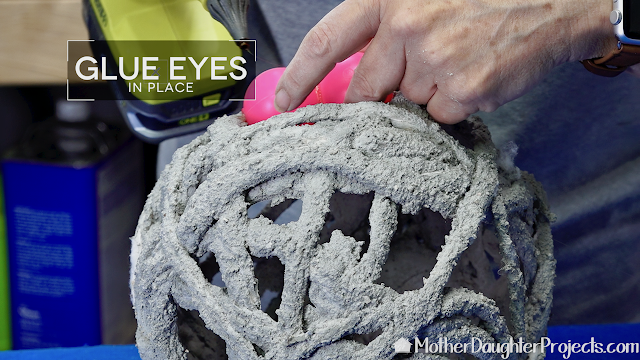 The "nest" was a happy accident! One of the balloons started to deflate before the concrete was dry so we removed it and let the strands form into a bowl. We used ping pong balls and paint to make a nest of reptile "eggs." 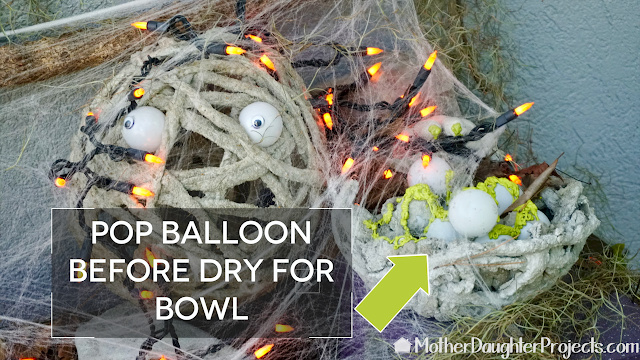 We used our concrete hands from last Halloween along with natural elements from the yard to create a creepy Halloween display! 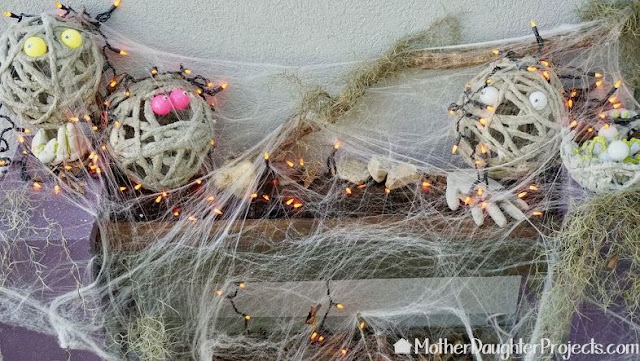