I’m so excited to show you this little guy – we made a paper cone Santa craft – this is such a sweet Christmas craft for kids. You can put this fellow under the tree, he can sit on a shelf or just anywhere! 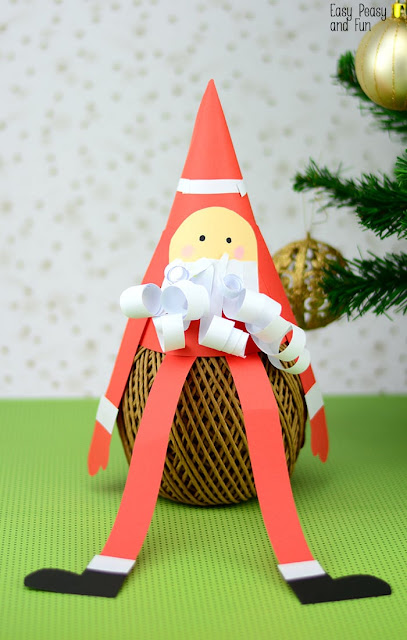 
Print the Cone Template on the sheet of red paper (I’ve used a sheet of paper that is red on both sides). Cut the template. Fold along the dotted line and add glue on the parts that are “sticking out”. Roll it into a cone and hold for a while for glue to do it’s sticky magic. 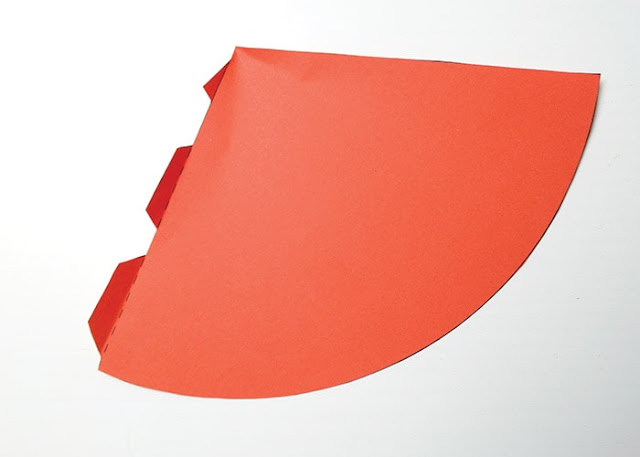 Cut 4 long strips of red paper (for legs and arms), two red mittens, a whole bunch of white strips (I had 10), two black boots and beige half circle for the face. 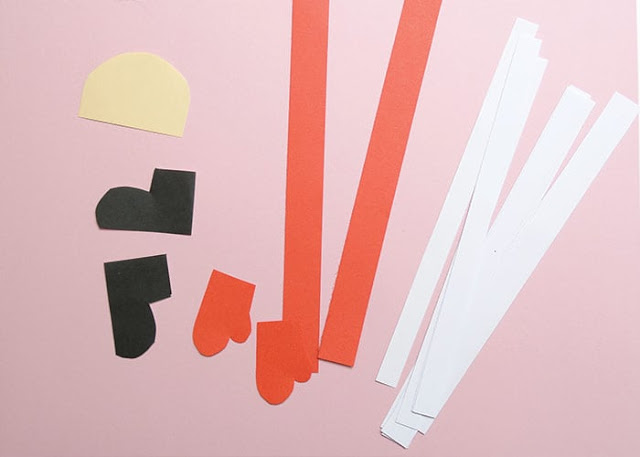 Now to assemble this lovely Santa craft. Glue on the black boots onto the end of the red strip. Cut one of the white strips to small peaces and use those to decorate the boots. On the other two red strips glue on the red mittens. Decorate with white strips.

Draw the facial details on the half circle. I used light pink chalk to make the cheeks and think that worked really, really well. Draw the eyes with sharpies.

Beard is the fun part. Take the white strips (leave on as you’ll use it for the hat) and curl them with scissors. 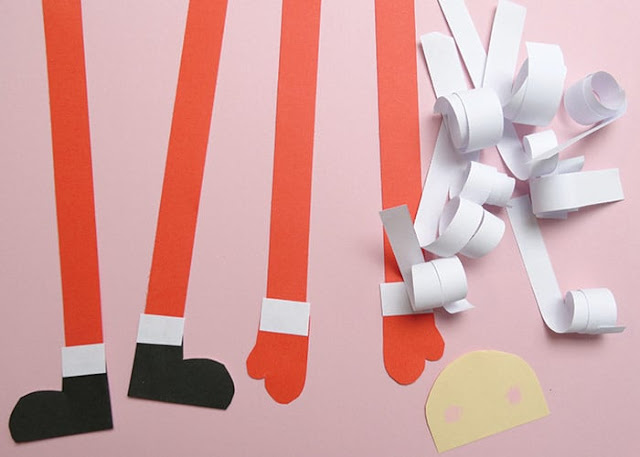 Now to glue on all the details onto the paper cone. Start by making the edge of the hat. To glue it on in a nice circle you’ll have to cut the strip into a few smaller strips and glue them separately (I needed 3). Now glue on the face and start adding the curled paper strips. Last glue on the legs and arms.

And that’s our lovely Paper Cone Santa Craft – such a sweet Christmas craft for kids and you can even add a tree, elves, deer…