With just a few weeks left until Halloween, it is time to begin getting into the spirit of the season and to start thinking about decorating your home. Whether you have kids of your own or not is kind of irrelevant, but one thing is certain: Folks are more than likely going to see the inside of your place on Halloween. You don’t even need to like pumpkins to get into the spirit of things (although it definitely helps) but there are plenty of options for do-it-yourself Halloween home decor if you think outside the box, even just a little. So take a look through this list of 15 easy do-it-yourself Halloween home decor ideas, and you just might be able to save yourself a little bit of cash and have some fun in the process.

1. Glowing Eyes
Want to terrify people with some glowing eyes around your apartment? Just take some toilet rolls, cut eye shapes into them, insert a couple of glow sticks and cover the ends. Simple.


2. Fake Pumpkins
If pumpkins are too heavy or you simply don’t like them, then just make your own. Get some foil tubing from a hardware store and a piece of pipe for the stem. Arrange the tubing in a circle and spray orange. 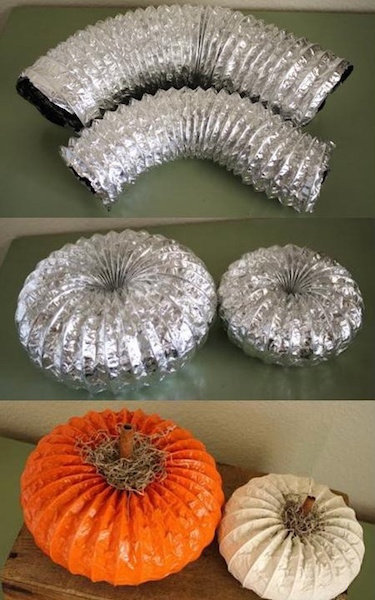 3. Ghost Candles
It doesn’t get any easier than going to the dollar store, picking up some tall, white candles and drawing ghost faces on them with a sharpie. 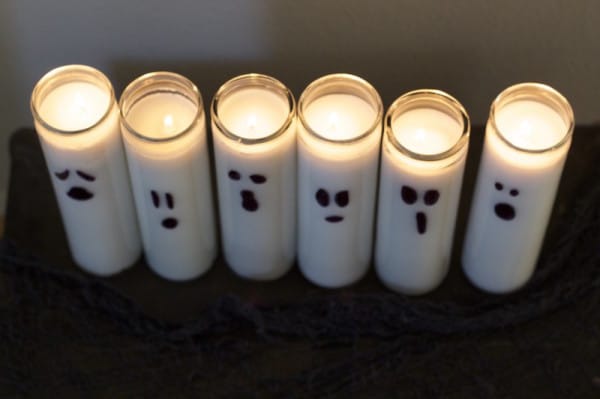 5. Blood-Dripped Candles
Light a red candle and drip the wax around the edge of a white candle to give the appearance of blood! 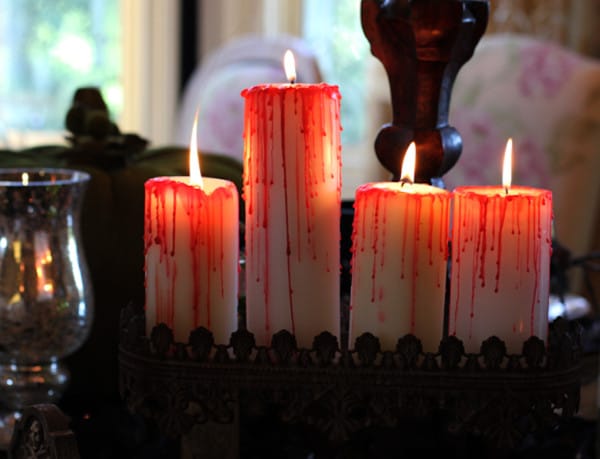 6. Garage Door Victim
If you really want to freak people out, stuff some old clothes with straw or paper and leave the top half under your garage door, then splatter the front of the door with ketchup. 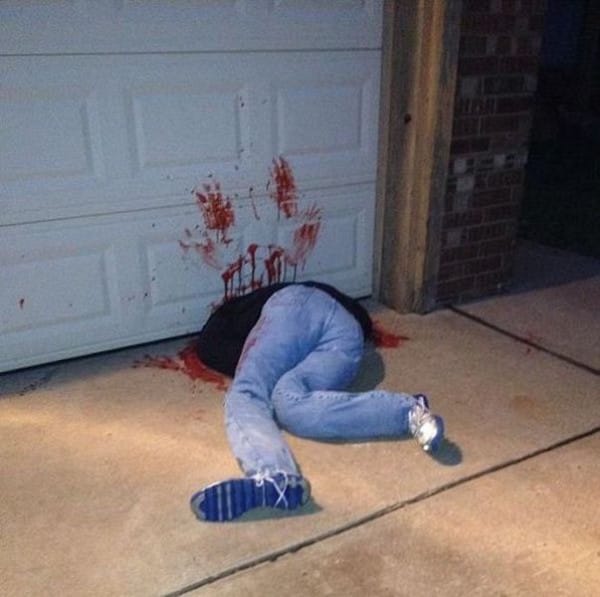 7. Trash Bag Spider Webs
All you need to do is follow the very simple steps in the picture to make a whole bunch of spider webs. 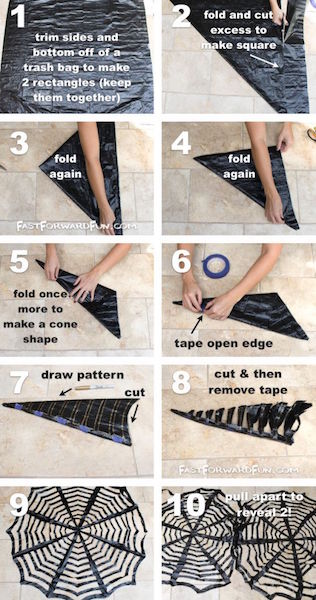 8. Cardboard Zombie Window
Cut some cardboard into long pieces and paint a woodgrain pattern onto them and attach to doors or windows for that “boarded-up” look. For an added touch, attach plastic skeleton hands or even draw eyeballs on ping pong balls and have them peering through. 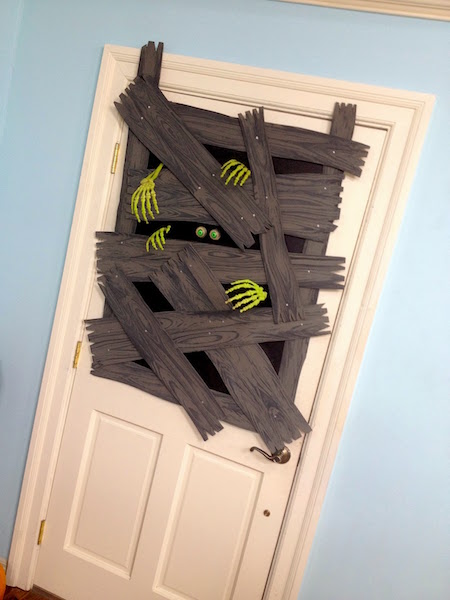 9. Eyeball Flowers
Buy some plastic eyeballs or use the ping pong ball trick (cut them in half to mimic eyeballs) and then glue them in place in the center of fake roses. Obviously, the darker the flowers, the better.

10. Watermelon Brain
Peel a watermelon so the white part is still visible, put it in a bowl and cut a brain pattern into it. This is great for those who don’t like pumpkins. 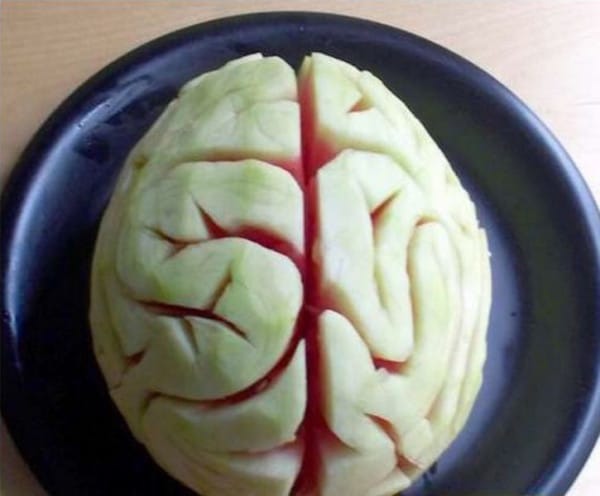 11. A Head In A Jar
Take a panoramic photograph of somebody’s head and print it in color, then curl the paper up, put it in a jar and freak everybody out.

12. Another Head In A Jar
If the previous head-in-a-jar trick seemed like too much effort, just take some old doll heads, wrap them in lace or cheesecloth, and put them inside a bell jar. 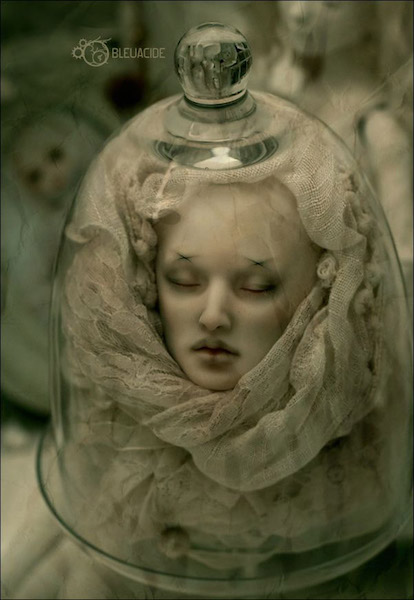 13. Cheesecloth Ghosts
To make these ghosts just put some type of ball on top of a soda bottle and use some wire to arrange the position of the arms. Drape the cheesecloth over the top and spray with starch. Once they are dry, these will be able to stand up on their own.

14. PVC Mummy
If you have PVC piping, some old clothes and a mask, you too can throw together a pretty awesome mummy. 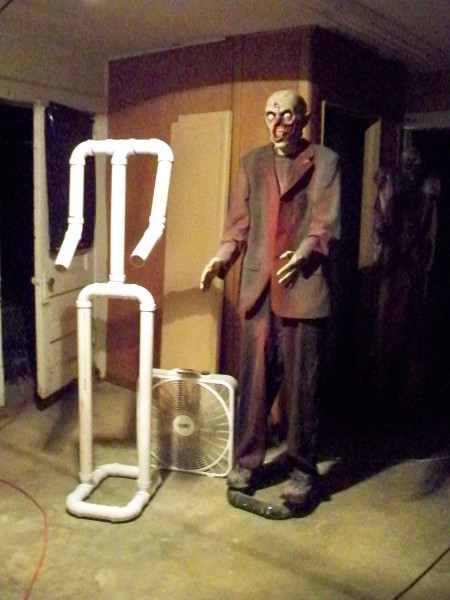 15. Styrofoam Tombstone
If you have access to an iron, you can make a pretty impressive-looking tombstone. Just draw your design onto a piece of styrofoam and then engrave it with the soldering iron in a well-ventilated area. After that, spray it gray and add some extra details, and voila, a realistic-looking tombstone. 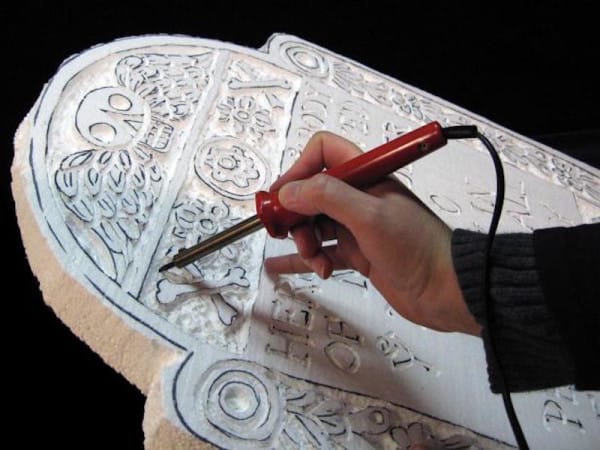