Lately I’ve fallen in love with creating comic crafts and superhero crafts. I’ll admit, I was never really into comic books or superheroes until the DC Comic movies started appearing several years ago. Sure, when I was a kid I watched the heck out of the Batman TV series starring Adam West, but that was all I really knew. Here lately though, I’ve been learning more and more about the in depth characters and stories in the comics. 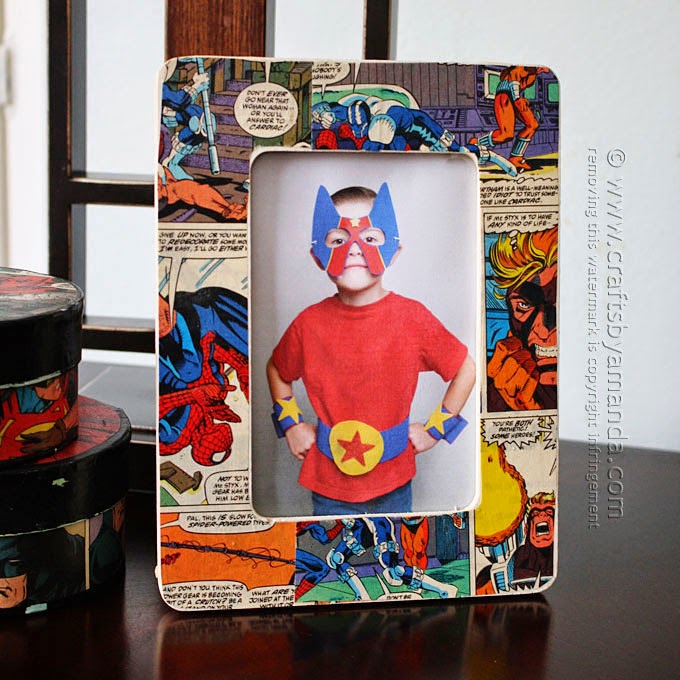 For this project you will need the following supplies: 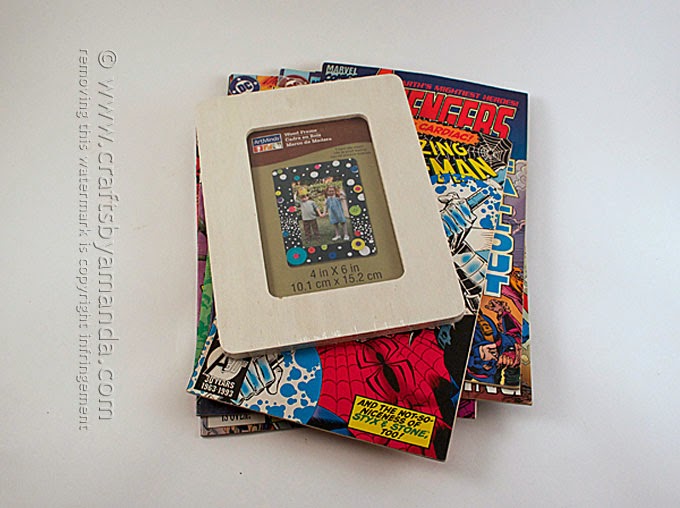 1. Trace the frame onto the section of comic book that you want to use.Cut out those sections, trimming to fit the frame. 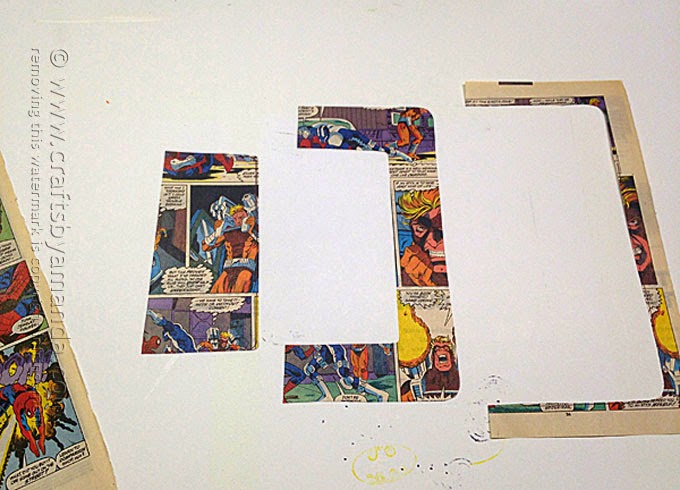 2. Apply a thin layer of decoupage to the back of the comic book pieces and to the frame to prep them.Allow them to dry for 5 minutes. 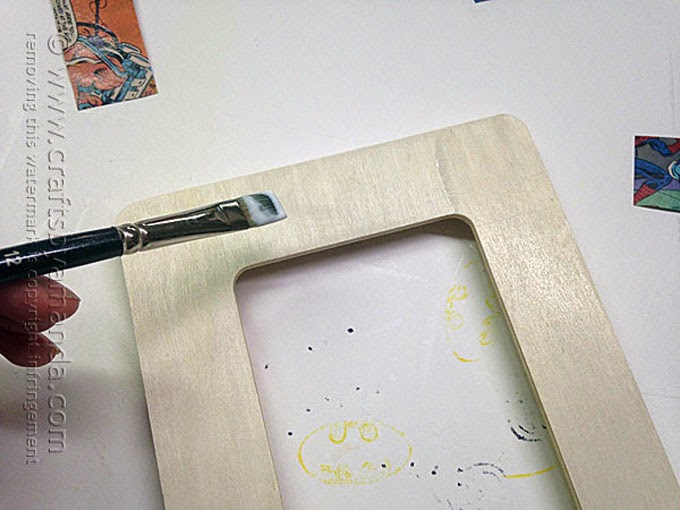 3. Position the comic book section onto the frame.Once it’s in place, carefully lift one side and apply some Mod Podge to the center.Working your way from the center outward help eliminate the possibility of air bubbles under the paper. 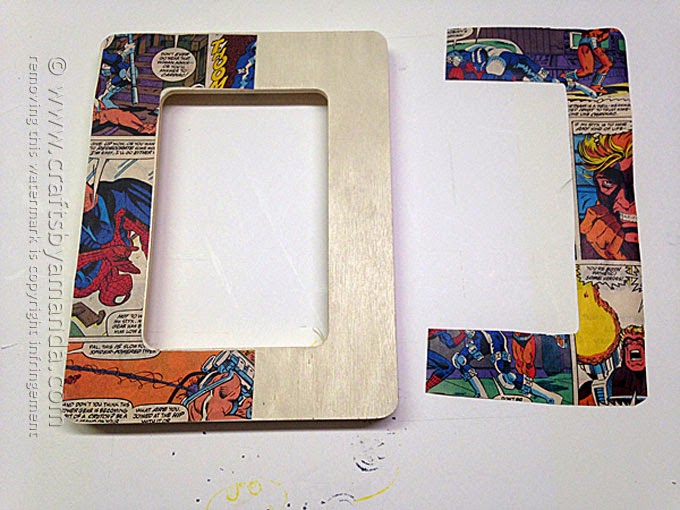 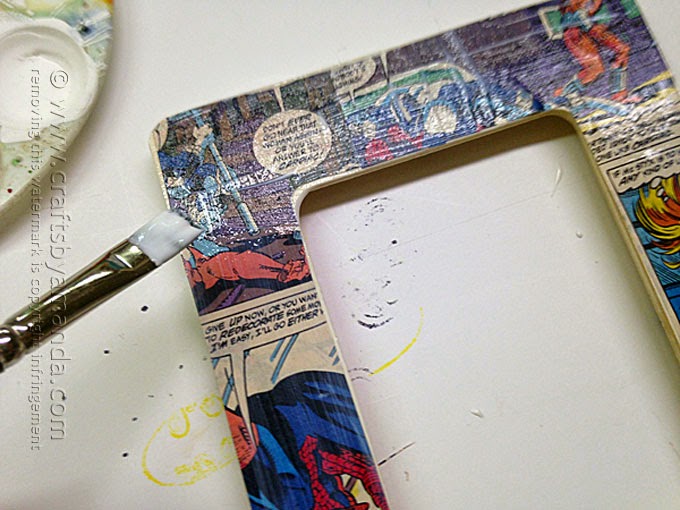 5. Let dry for at least one hour before adding a photo to the frame. 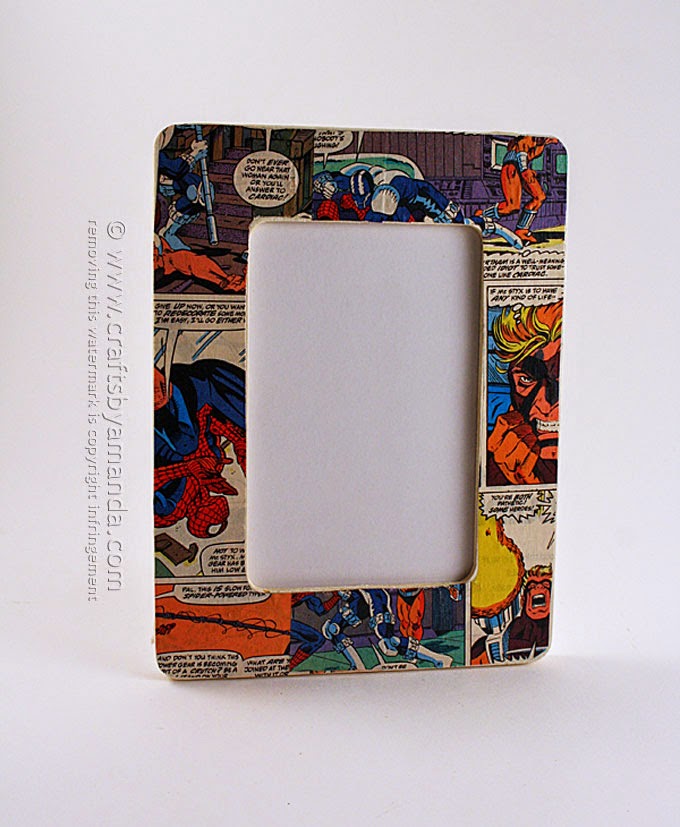