Here’s What You Should Eat For A Healthy Dinner


You have no excuse to make Hamburger Helper ever again. 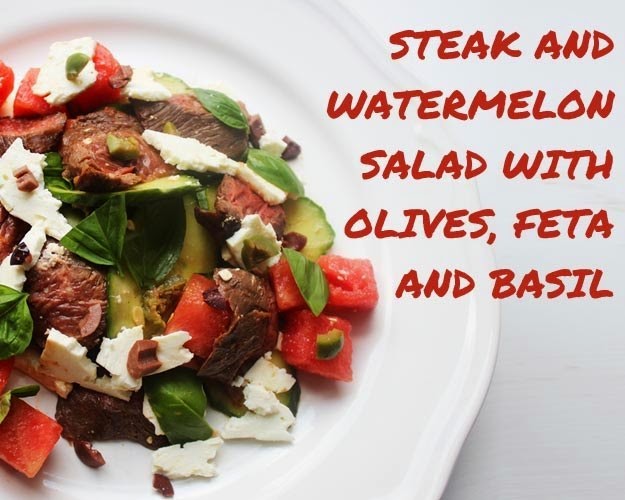 Steak and Watermelon Salad with Olives, Feta, and Basil

1. Heat canola oil in a large cast iron skillet over high heat. Meanwhile, season skirt steak liberally with salt and pepper on both sides. When oil is extremely hot and about to smoke, lay the steak down in the middle of the skillet. Sear until a good crust begins to form on the underside of the steak, about 2 minutes. Flip steak and cook until a crust forms on the other side and the steak is cooked to medium rare (135°F), about 2 minutes. Transfer steak to a cutting board and let it rest for at least 10 minutes.

2. While the steak is resting, combine watermelon, cucumber, olives, feta, and basil in a large mixing bowl, season with salt a pepper, and toss to combine. Add the lime juice and zest, and toss to coat evenly.

3. When the steak has rested, cut it into thin slices, against the grain. Cut each slice into 2-3 pieces, so that the steak is in bite-sized squares.

4. To serve, divide the salad mixture among 4 plates, and top each with equal amounts of steak. 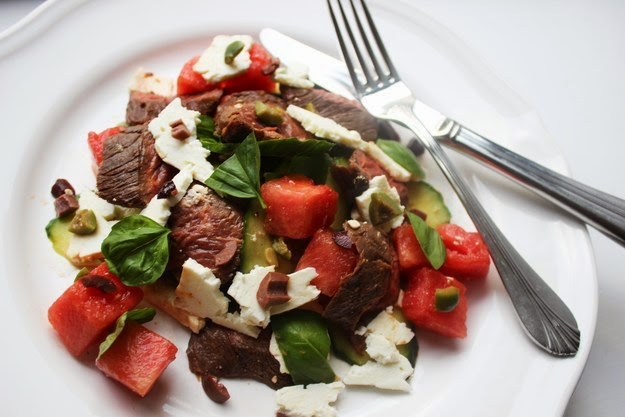