I had some time recently and I needed to solve a little problem…the little problem is a Netherland dwarf rabbit named Annie.  She recently moved from the basement to the dining room.We never eat in that is scheduled to become an office in the near future.  Her cage needed prettied up. A lot.So I added a new house. All scraps, so it was totally free! 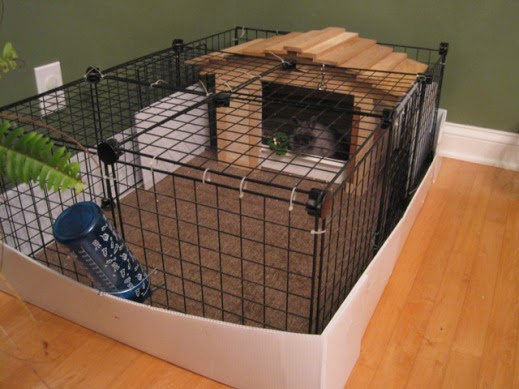 I actually started out just wanting a box to contain the corn cob litter we use.  It started out like this: 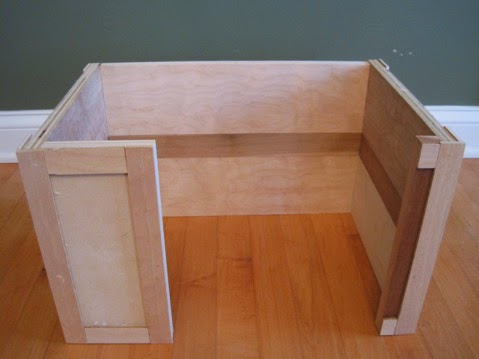 I even fancied it up with the small strips of 1/4" plywood. 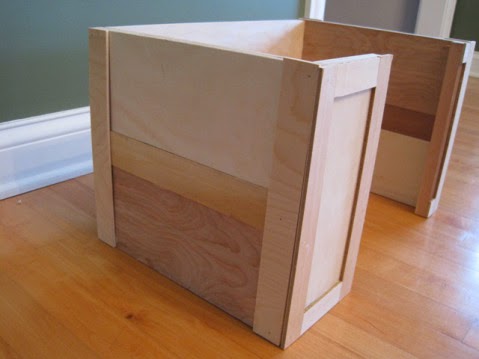 I didn’t have a tall enough piece of 3/4" plywood, so I had to piece some together.

But then I got the idea of putting a roof on, and it took off from there. 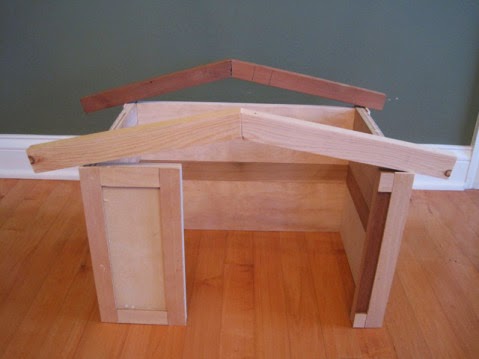 Add angles for the roof. 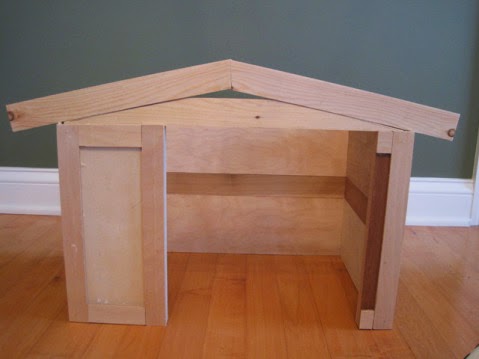 Add a support board for the roof. 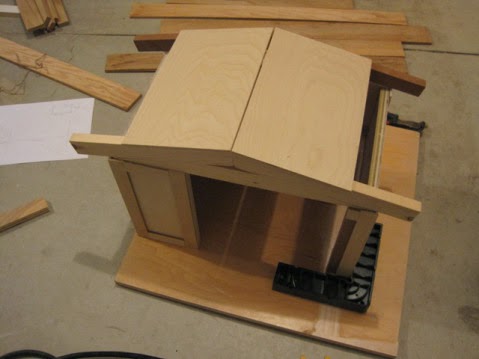 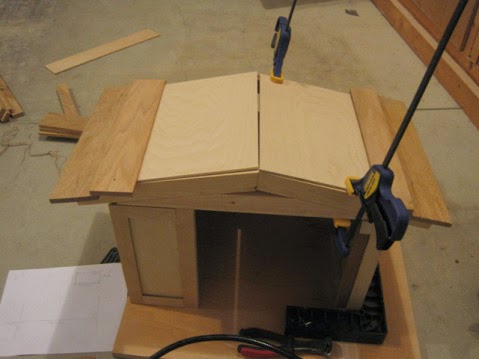 Add shingles attached to the triangle.  The removable parts rest against these shingles. 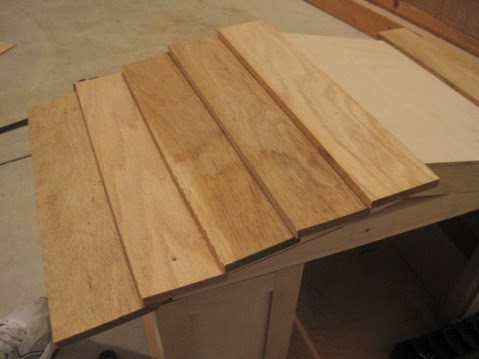 Add the rest of the shingles. These are only nailed through the middle part of the 1/4" plywood, not the triangle braces. I used 18 gauge 1″ nails. They stick out through the back but… 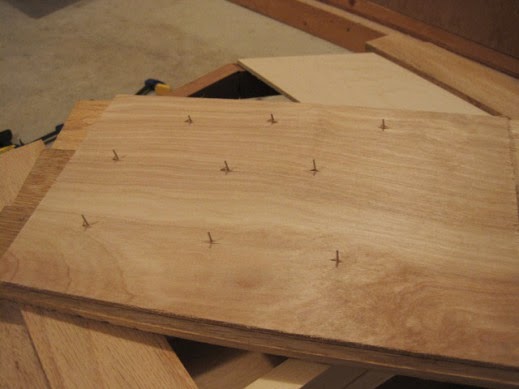 …then I took a hammer and nailed these to the side and flattened them. 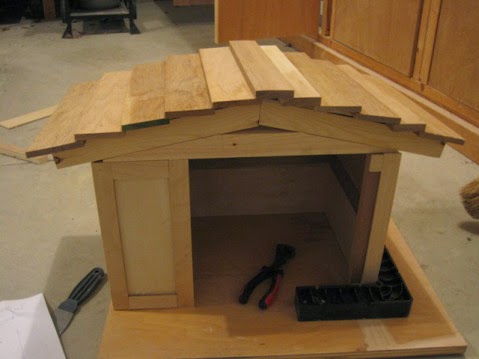 Roof completed! The top middle piece is only nailed into the right side. 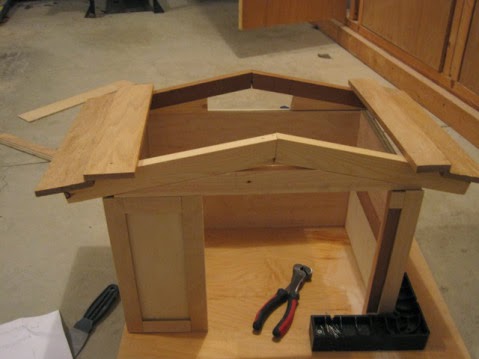 Both pieces completely remove for easy cleaning. You can also just remove one for quick access. 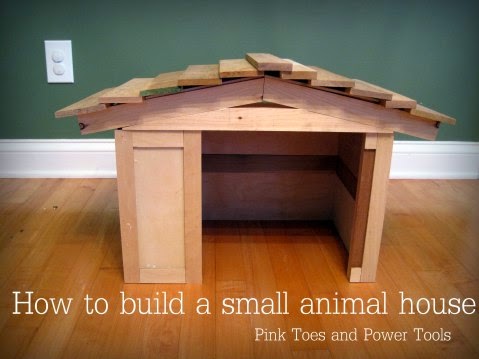 She loves it! And the kale. 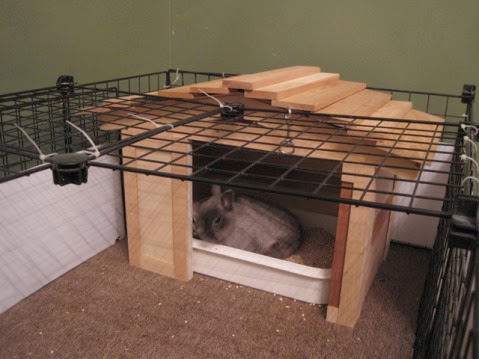 I will probably add a “door”  in the front to contain the cob litter even better.  I wanted to see if this would do the trick on its own, but you can see that she’s already kicked some out.  I picture this painted with a fancy “A” attached to the left side someday.  Once I get some decent lengths of scrap plywood again (used them up in Pip’s closet!), I’m going to build her a wood base with some legs.

If you build this for some guinea pigs, bunnies, or a smaller version for some hamsters, make sure you use untreated wood.  I probably wouldn’t even use plywood for animals that chew.  Annie never has, so I’m not worried about that.