Long time ago I bought this paper lanterns at Ikea, they were supposed to go into my daughter's room but I changed my mind and didn't use them.  They have been sitting away waiting for their time to shine, so that's what I used. 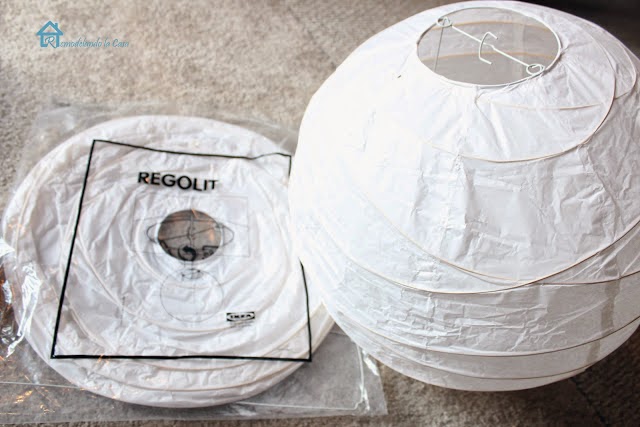 To cover the two lights, three of this packets of wood veneer were bought. 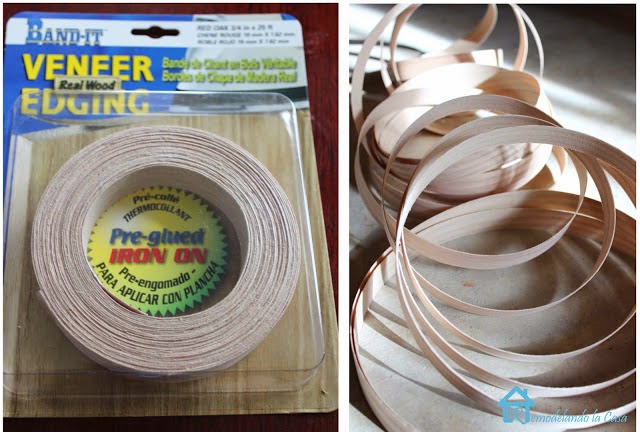 Three coats of dark stain were applied to the veneer. 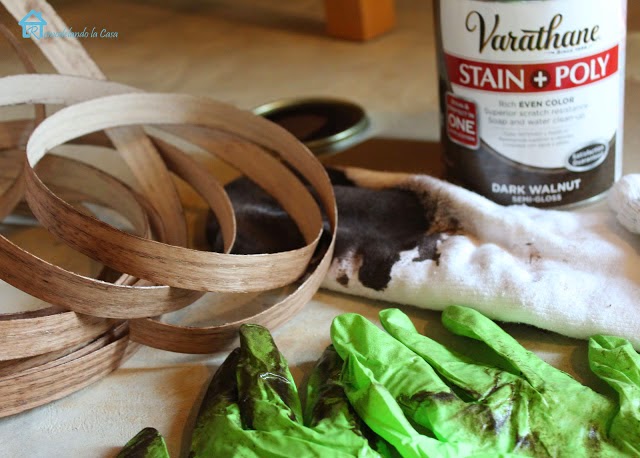 Then it was attached to the paper lanterns with hot glue. 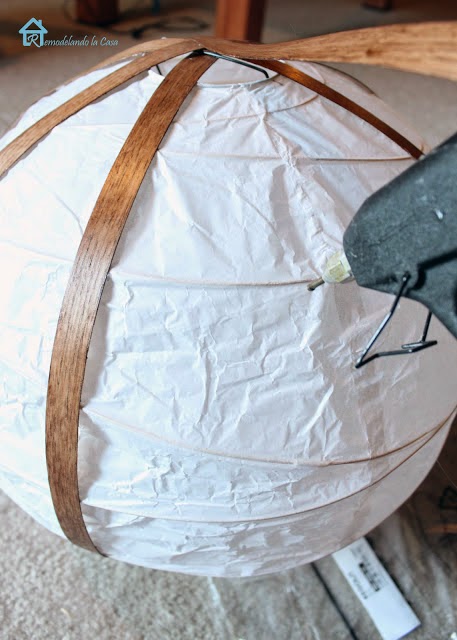 When all the vertical pieces and the center, horizontal piece were attached, the paper was removed.  I didn't like that part! There were lots of tiny pieces that didn't want to come off! My fingers are still sore!

The remaining horizontal lines were cut in small pieces gluing both ends to the verticals, one by one. 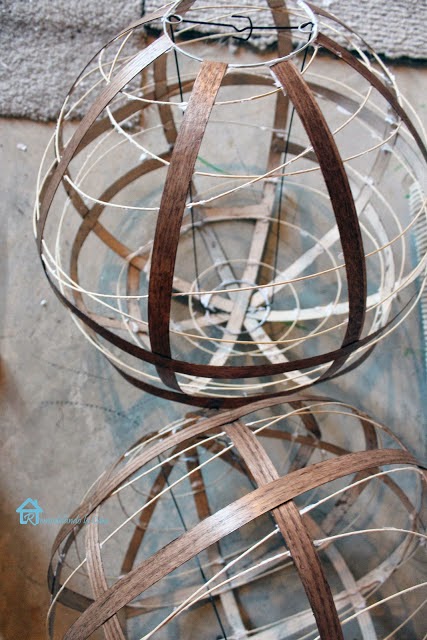 I also wanted to give them diagonal lines, but the three packets of veneer were not enough for that. 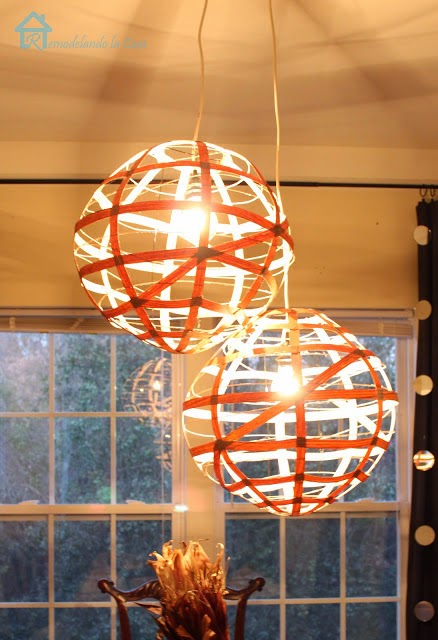 I like the shadows they create at night time.  Since I had the paper lanterns with the electrical it was an economical way to get this light fixtures, the total for the three packets of veneer was almost $20.